I Found an Anomaly in the Data and I Know You’ll Find It Interesting.

What Do You Think? Is the Size of a Flight Department a Factor in Compensation? 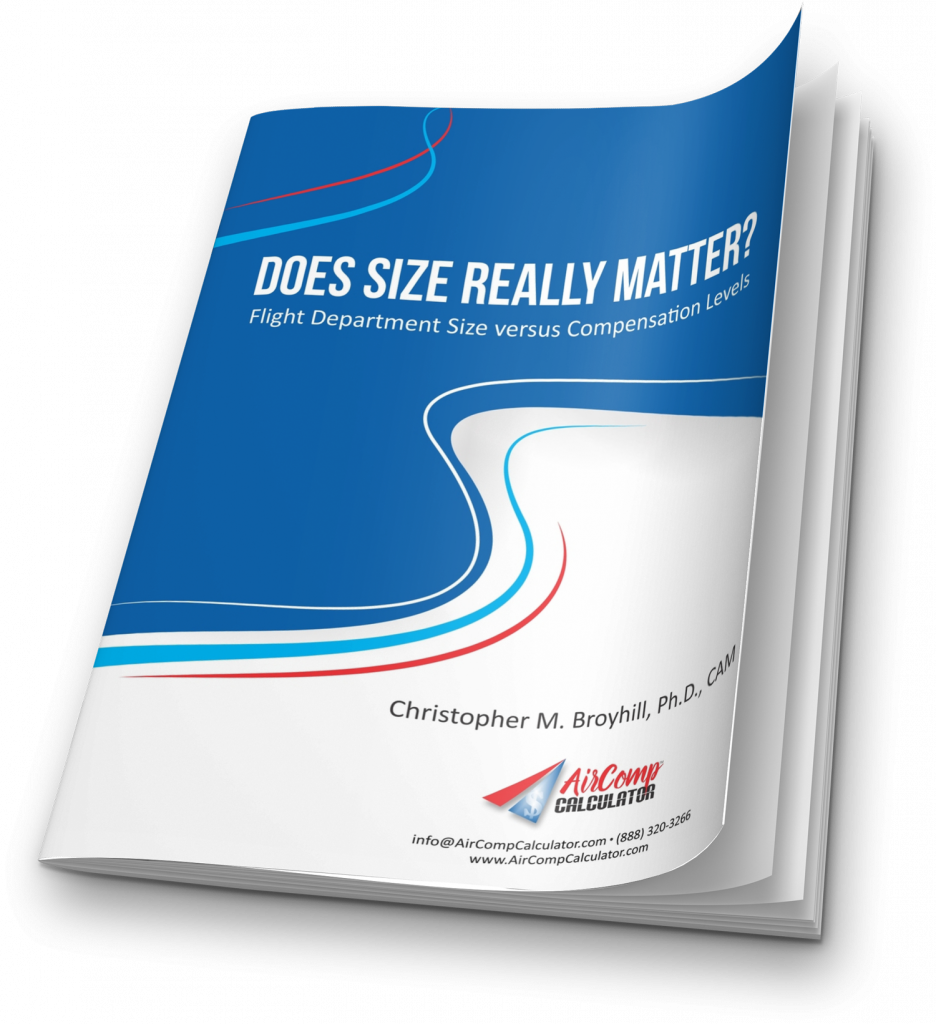 As a statistician, I’m trained to look for correlations in datasets. Since I started my journey into compensation statistics a few years ago, I’ve delved into several versions of multiple surveys, trying to find factors that produce correlations and eliminate those that don’t. As I worked my way through the many compensation studies I’ve completed and developed the methodology which now powers the AirComp Calculator™, I became aware that there were essentially only three variables that consistently produced positive correlation, namely position (the higher in the food chain, the higher the comp), size of aircraft (the bigger the jet, the bigger the paycheck), and location (the higher the cost of labor in a particular area, the higher the adjustment).

But I’m always on the lookout for changes in the data and new relationships between variables. I discovered something new and you can be among the first to know.

Get a copy of my free whitepaper that explains it all.

Is The Size of a Flight Department a Factor in Compensation?

Get a copy of my free whitepaper that explains it all.