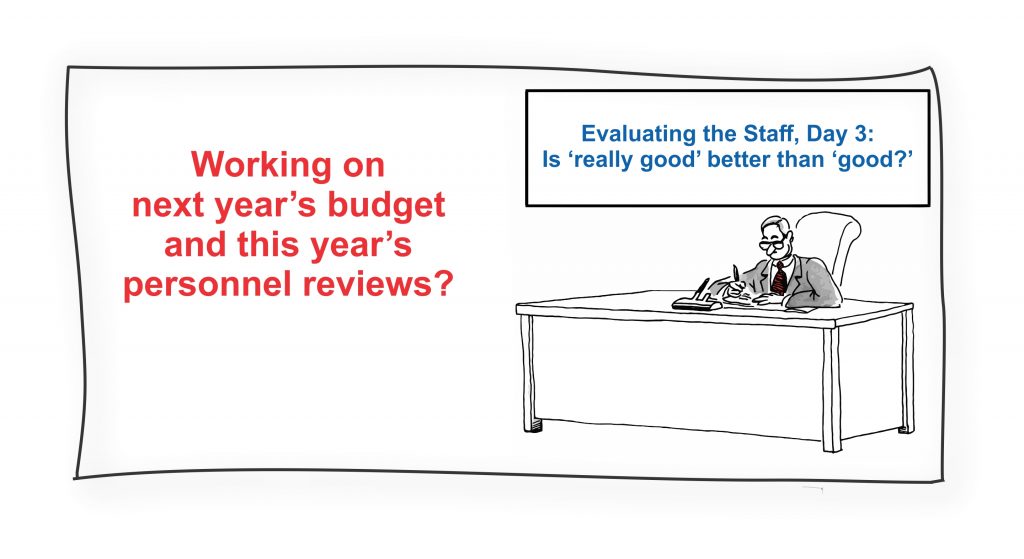 When I was an aviation director for a Fortune 100 company, autumn was the busiest season of the year. I had to finalize my budget for the following year and get my paperwork in order for the end-of-year personnel reviews for my personnel. Both of those tasks had a common element – compensation. Obviously, compensation costs comprise a large portion of the fixed cost side of a flight department’s budget, and my business partners and I had to accurately forecast compensation costs for the following budget year, including the amounts of projected raises or bonuses. But, raises and bonus payments are a function of the personnel review process, which also involved a full compensation review. I had great support from my HR/compensation business partners, but they had several other fields to support, and the unique nuances of business aviation compensation often escaped them. I wanted to support my personnel better from a compensation perspective, but I wasn’t allowed access to two of the compensation surveys that my HR team subscribed to. The only one I was able to regularly compare our compensation against was the NBAA Compensation Survey and then only because I sat on the NBAA committee that generated it. So what was an aviation manager to do?

It was in response to this need that I invented The AirComp Calculator™. The Calculator uses data from multiple scientific surveys as well as data from the U.S. Bureau of Labor Statistics and generates precise compensation ranges at the 50th, 75th, and 90th percentiles for 14 positions in 5 jet classes at over 50 locations throughout the country. Its proprietary methodology, which has withstood the scrutiny of executives, principals, aviation managers, and HR professionals, provides reports that compare current compensation against the market ranges for base salary, total cash compensation, and total compensation – reports that are generated in seconds.